Recently, news flow has been decidedly negative for tech, especially FoodTech. Indeed, in the last month, startups have been severely hit:

Some startups have seen their valuation slashed (even if very few talked about it publicly). The most impressive example is Instacart which had to cut its valuation a third time to $13B. It was valued at $39B at the start of the year. That’s $26B that just vanished. These billions are not entirely virtual; they are the basis on which the company raises money, and on which employees receive compensation in equity (think about people working there, many of whom certainly were betting that their equity had the potential to double or triple in value… only to see it being severely slimmed down).

Beyond this example, the high number of downturns (when a startup raises money at a lower valuation than its previous rounds) reveals how complicated it has become to raise money, notably for cash-burning companies. That’s a complete change in less than a year, and again a testimonial of how (ridiculously) high valuations were in some categories of the ecosystem. We do not think the purge is over yet (far from it, actually). Some categories, such as alternative proteins, are still raising deals disconnected from reality. 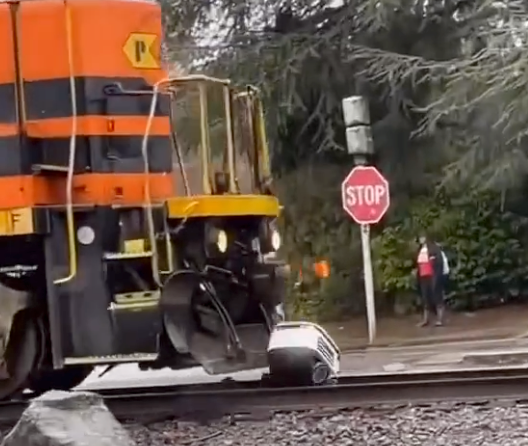 A Starship Technologies’ robot being hit by a train at a railroad crossing (video here): when things are going bad and you don’t have luck.

When things are bad, but not yet too bad, startups are laying off a part of their workforce. Here, the “golden” rule is to do it at one time, cleanly, if I may say that. Some examples are Infarm (vertical farming), NextBite (Virtual restaurants), Reef (Cloud Kitchens), Starship (delivery robots, see above for the video), Beyond Meat & Impossible Foods (plant-based meat analogues)…

Some don’t manage it well and repeat themselves. That’s the case of GoPuff (a US-based quick-commerce startup) which announces layoffs after layoffs (by Zoom, not a great way to do things if you want to avoid bad press).

Obviously, some had to go for more extreme measures and had either to sell for a low price or to shut down their activities. In recent weeks:

Beyond startups, publicly traded companies are also reducing their investment in the future of food or planning for a less disruptive one:

However, let’s not get confused by all this noise and the comments around it. Let’s face it, many entrepreneurs, investors and experts were slightly too cocky, and now there is a bit of a guilty celebration to see them struggling and even being humble.

Beyond this necessary moment of reckoning, many startups are still raising money, investors setting up new funds, entrepreneurs launching new ventures and partnerships with large corporations are being established. Investments are still significantly up from 2 years ago, and the potential for disruption along the food value chain is bigger than ever.