🇸🇪 🐄  Volta GreenTech, a Swedish startup, raised €2M for its algae food supplement for cows. It reduces up to 80 to 90% of cows’ methane emissions. Methane comes from cows’ burps (and also a lot from gas pipeline leaks) and is much worst in terms of global warming (even if its effects wear off after 20 years). It is interesting to see that beyond alternative proteins, other solutions and technologies are being experimented to reduce animal farming’s footprint on the environment.

🇩🇪 🇹🇷 🚴‍♂️  An interesting read on the reasoning behind Getir’s potential acquisition of Gorillas (both quick-commerce startups, delivering groceries in 10 to 30 minutes). Apparently, the reason would lie in the current tightening that is happening in Europe. Opening a new store is impossible in the Netherlands and could become much harder in other countries such as France. Buying Gorillas would mean buying its access to prime locations 180 stores/warehouses.

🥛 🇬🇧  Modern Milkman, a UK-based grocery delivery startup, raised £50M to grow internationally. It delivers fresh foods, notably milk, in reusable bottles that are then collected at the next delivery. These deliveries are made using the milkman model of “milkrounds”, which is trending again with multiple startups experimenting around it. 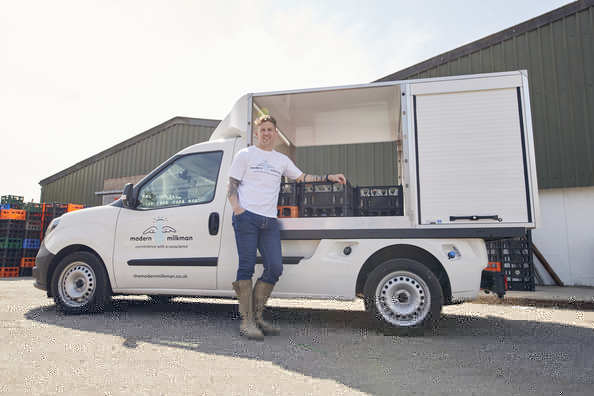 🍓 🇬🇧  BigSis, a UK-based startup, raised £4.5M for its solution to replace chemicals used against insects in fields. Using robotics and AI, it grows insects, makes them sterile and releases them in clients’ fields. These insects mate with wild females there and make them sterile (have a look at the video, it’s quite interesting if you are not, like me, an expert in pest control).

🇧🇷  🍽️  Just Eat Takeaway, the Dutch food delivery giant, sold its stake in iFood, another restaurant delivery platform in Brazil. It is impressive how fast this ecosystem is moving and concentrating.

🌾  🇩🇪  Infarm, the German indoor farming startup, demonstrated that it was able to grow wheat indoors at 26 times the yield of open field farming.

dealstop deals
🤖 Why food robot startups fail?
😶‍🌫️ Climate, food and agriculture, why are we stuck?