💧 🦄  🇺🇸  Cirkul, a US-based DNVB that markets flavoured water, raised $70M and became a unicorn. The startup sells reusable water bottles that can be flavoured with cartridges. It became famous after more than 1 billion people saw a TikTok video. This deal and the $70M also raised by Waterdrop in February show the massive potential around this space of flavoured water. 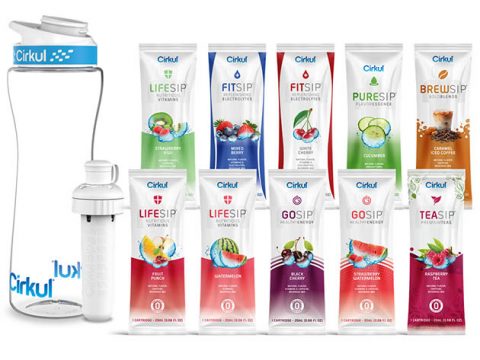 🚚  🦄 🇺🇸  Wonder, a food delivery startup, raised $350M at a $3.5B valuation. Created by the founder of Diapers.com (sold to Amazon) and Jet.com (sold to Walmart), Wonder has a new take on food delivery. It sources famous chefs to create recipes on mobile restaurants (recipes are cooked inside minivans!).

🧑‍🌾  🇧🇷  Agrotools, a Brazilian startup, raised $21M for its software that creates data visualisations to help decision-makers to make the right buying, financing or selling decisions. We observe a surge in this kind of service, notably around financing to help banks and insurers to know which projects to finance based on historical data, ESG compliance, etc.

🥬  🇺🇸  Little Leaf Farms, a US-based startup, raised $300M for its indoor farms. As other deals in the controlled environment agriculture (CEA) ecosystem (with vertical or “just” indoor farms), this shows the growing appetite from institutional investors to finance the building of this new type of farm, which is both more sustainable and more dependable than traditional farming.

🥩  🇫🇷  HappyVore, a French startup, raised €35M for its plant-based alternatives. It will use this funding to develop France’s largest plant-based meat factory.

🔬 🇦🇷 Moolec, a startup working on molecular farming (see definition here), announced that it was merging with a SPAC at a $504M valuation.

🏪  🇱🇧  Toters, a Lebanese delivery super app (which offers meal delivery and groceries), raised $18M. It will use this cash to expand its operations, notably in Iraq, a country with a large and young population which is adopting food delivered fast. This is a reminder that the trends discussed here are happening everywhere on the globe and that we should not be biased by considering that things are happening first in the West.

🍬  🇫🇷  Les Miraculeux, a French startup, raised €5M for its gummies (food supplements inside a sweet). This new category of supplements seems to be booming everywhere.