Last week, Jérémie did a great presentation at the LFDay event about the global investments in AgTech and a quick focus on Europe (as you know, we like both things well defined and sound data). It received great interest and so we decided to share it with you.

We know that’s not something everybody will agree on but for us, AgTech is a part of FoodTech for two reasons:

1- to be effective, the disruption of food will have to impact all the value chain, from production to disruption

2- more and more startups and big food companies are moving toward a more integrated business model.

That said, it doesn’t mean that AgTech is still a large domain with huge potential in itself. We range AgTech companies in 5 domains: 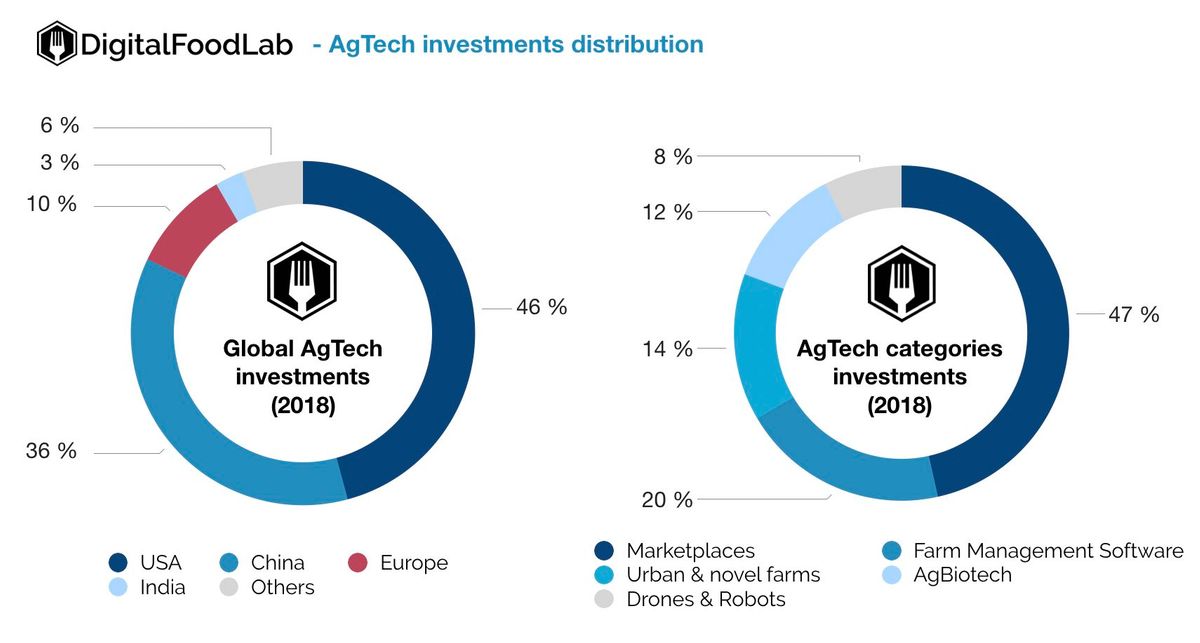 As you can see above, most of the investments made in 2018 have gone to US (46%) and China (36%) based startups. Europe’s 10% share is small and declining due to huge investments in mega startups in the US and China.

A first explanation (more could be said but it would go much further than the scope and size of this newsletter) can be found on the distribution of investments in the various domains. 47% of the money invested goes to marketplace startups, which can obviously grow faster when they can reach a huge market. This is the case of MeiCai, a Chinese unicorn (see our report on FoodTech unicorns for more) which raised $1.4B to delivery fresh produce (from small and medium-sized farms) to restaurants.

You wonder how to integrate FoodTech and AgTech into your innovation strategy, what are the startups who could threaten or enrich your business model? Contact us here. 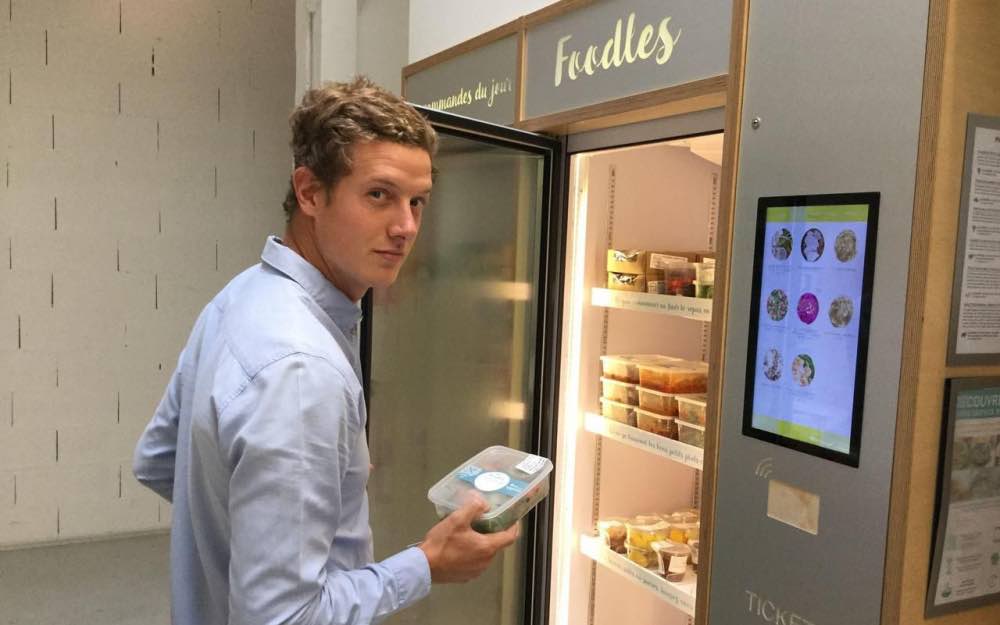 Serving 50 companies and 5000 employees, Foodles has a huge potential for growth. 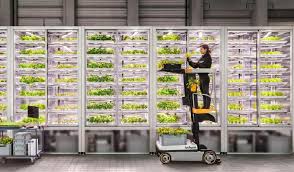 Infarm, the German urban farming startup raised $100 million to grow faster and expand the US. Infarm differentiates from other urban farms by developing plug&play farms them directly in the supermarket.

Oops, it seems that grocery stores workforce don’t accommodate well with robots. One year after Flippy the burger issues with human coworkers, we now seem to have new problems when putting robots in supermarkets’ aisles. Robots are now deployed quite fast (a few thousand stores will be equipped by the end of the year) with a focus on shelf scanning (looking for missing products) and cleanliness. “Relations” seems to be tensed as it appears that humans have to accommodate for the robot (and not the opposite).

Amazon is shutting down its restaurant delivery service. Amazon will stop delivering meals from restaurants later this month in the US after stopping it in London in November (its only other location). After a 3 year experiment, this is proof that Amazon can’t succeed in everything. However, we can’t forget that one month ago, Amazon was part of a $575m investment deal in Deliveroo.

Everything you need to know about Germany's FoodTech
How to get inspired by FoodTech startups?