🌡️ 🇫🇷 Sencrop, a French startup, raised $18M for its precision farming app. With its large network of weather stations, It helps farmers to make smarter choices (notably on crops and inputs) and increase their yields.

📱 🇬🇧 Lolipop, a British startup, raised £5M for its app, enabling consumers to “shop recipes”. Users scroll through recipes, like them, and the ingredients are added to their basket in online grocery stores that the app partners with. It seems inspired by its French competitor Jow. This space of “shoppable recipes” is growing fast. It is somehow a rebirth as many apps emerged and then disappeared in this space 5/6 years ago. Let’s hope this time will be different. 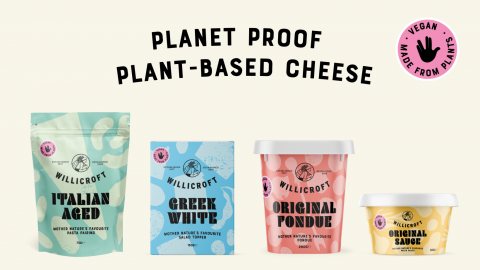 🚲  🇫🇷  🇩🇪 Cajoo, the French quick-commerce startup, has been acquired by its German competitor Flink (itself funded by DoorDash, the US-based restaurant delivery giant). Cajoo says it has made one million orders since being founded in January 2021. The brand should disappear in the summer.

🌱 🇺🇸 Brightseed, a US-based startup, raised $68M for its technology platform based on AI and that analyses plants in order to identify interesting compounds. In the short term, the first compounds identified could be used in food supplements (notably inside food products) to reduce the risk of chronic diseases.

🌿  🇮🇳  Absolute, an Indian startup, raised $100M (on multiple rounds) for its AI-driven platform (Farm OS) that enables farmers (in open fields and in indoor farms over 100,000 acres) to grow crops more efficiently and profitably.

🚚  🇮🇪  BuyMie, an Irish startup, raised €7M to develop its European equivalent of Instacart (and compete with the Italian Everli). In a word, BuyMie offers the service of “personal shoppers” (gig workers) that go into the stores near you to do the groceries in your place.

dealstop deals
📺 Video - FoodTech in Europe in 2022 - presentation & discussion
How to leverage opportunities created by Foodtech?