2 NOTABLE DEALS IN EUROPE, 3 IN THE REST OF THE WORLD:

🥓 🇫🇷 La Vie, a French startup, raises €25M for its plant-based lardons and bacon. The company, which products are already sold in some supermarkets and restaurants in France and in the UK, will use the money to expand in Europe. Among the investors, Nathalie Portman, confirms the appetite of celebrities for the alternative protein ecosystem. 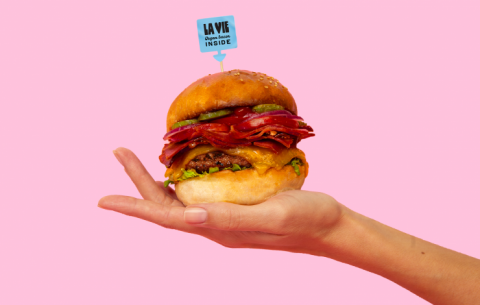 🐔 🇬🇧 VFC foods, a UK startup, raised £7.5M. VFC markets plant-based chicken products and are already distributed in Tesco. It wants to use the funding to expand its reach both locally with new retailers, new products and internationally. An interesting point is that the main investor, Veg Capital, says it donates all its profits to animal charities.
Is this the start of charities, lobbies or lobbies investing in alternative proteins to accelerate the change?

🚚  🇮🇳  Swiggy, one of India’s food delivery giants raised $700M. With a valuation at $10.7B, this new round shows the investors appetite for the Indian delivery ecosystem. Swiggy’s co-founder says its goal is to make it the “platform that 100 million consumers can use 15 times a month”.

🏪  🇲🇽  Calii, raises $22.5M for its Latin-America focused grocery delivery service. Not directly a quick-commerce operation (it delivers in less than two hours), Calli focuses on fresh produce and grocery items and wants to make a dent in a market that has not yet moved online (only 5% of groceries are bought online in the region)

🧪 🇯🇵  IntegriCulture raises $7M to lower the cost of cellular agriculture. It will also use the funding to bring a first product on the market: foie gras!
It is interesting to observe that more and more attention is put on startups supporting the cellular agriculture ecosystem. Is this a reaction to the rising doubts about the viability of the technology in the short term?

🇨🇳  ☕  ⚰️  🧟  Luckin Coffee is coming back from the dead! It wants to relist its shares in the US, two years after a $300M fraud led to its eviction. While the company name is synonym with fraud in the West, it has kept a good reputation in China and has expanded since.

🇫🇷  Gorillas is going to acquire the French startup Frichti. Frichti has long been the poster child of the French FoodTech ecosystem with its $100M raised, its fullstack delivery (delivery of meals cooked in its own kitchens) and then its dark stores (before the rise of quick-commerce).
The concentration is happening impressively fast in the delivery space. It should be noted that Gorillas is heavily backed up by Delivery Hero which has just announced that it has taken the control of Glovo.

🧫  Mosa Meat, one of the leading cellular agriculture startups revealed that it reached a new milestone: removing fetal bovine serum from its process, a (very expensive and limited) medium rich in growth factors and hence often seen as indispensable to grow cells. The startup has gone beyond that, it has made its solution open source. Beyond the altruistic reasons of this move, it is a way to prove it to the public (i.e. to investors and to the industry) as the doubts are rising around the industry. Multiple have already said that they reached this milestone, but without “proving” it.