🧁  🇨🇭 Macaron scandal! The delicious and absurdly expansive Ladurée macarons are not even baked in France but in a factory in Switzerland.

🍔  McDonald’s released its McPlant burger in selected stores across the United States last week. The burger is made in partnership (but not in cobranding) with Beyond Meat. The reviews seem to have been mixed.
In the meantime, Beyond Meat release was very disappointing (at least according to investors’ reaction the following day). While retail sales grow, the ability to generate profits is moving away as competition stiffens (on price notably). In the coming months, more restaurant sales and the rumoured IPO of Impossible Food may help. 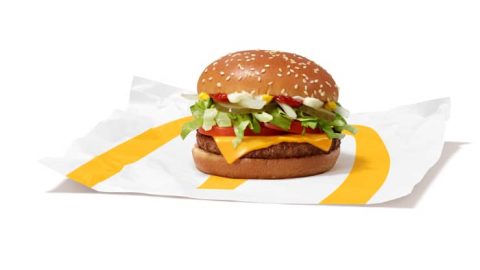 📰  DigitalFoodLab in the press. Following the release of our report on FoodTech trends, we have been featured in many articles that cover the subject of the future of food from different angles:

💰 The best deals of the week:

🚴 A lot of things happened in the quick-commerce and more generally in the grocery delivery ecosystem, but we’ll focus on that in next week’s newsletter!