India on the rise

A few weeks ago we talked about FoodTech hubs worldwide. In 2017, US startups received 45% of global funding, followed by China (20%), Europe (16%) and India with 5%. Then, when we released the first report on FoodTech unicorns (you can download it for free), we found that India has the 4th largest number of FoodTech unicorns. Key startups such as Zomato or Swiggy (created in 2014!) were developing fast with huge deals. This was enough to tickle our interest.

We have therefore worked on it in the last few months to release the first up to date Indian FoodTech report. You can download it here (for free, aren’t we nice?).

It can be summed up by Narendra Modi’s quote: “the sleeping elephant has now started to run”. Going from almost nothing (at least in terms of investments), now the Indian FoodTech ecosystem has received $10.8B in funding between 2011 and 2018. A good comparison can be made with French FoodTech startups (France has a GDP really close to India) which have received less than $0.8B in funding in the same period! 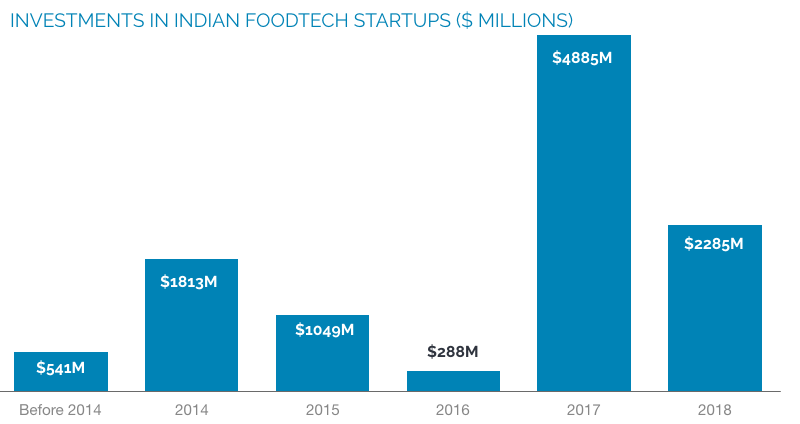 As you can see on the graph above, investments in India’s FoodTech startups have been quite erratic in the last years. Nonetheless, we can see a clear trend toward more investments. If the amounts are huge, they are not evenly distributed: 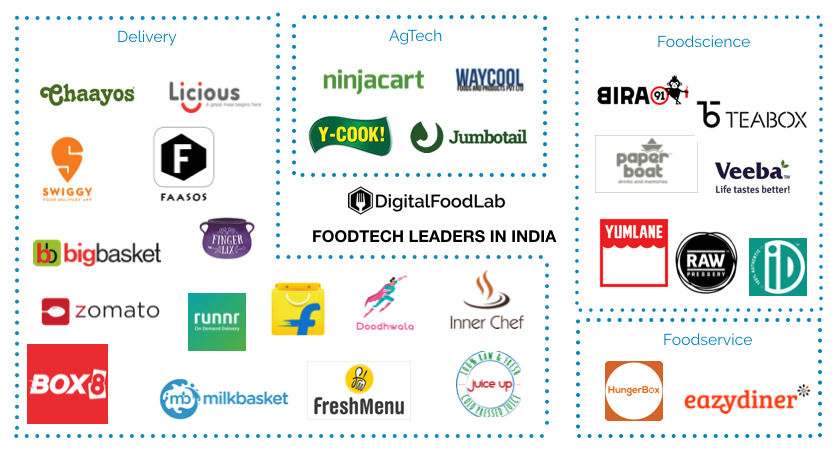 In this report you will also find information about:

In a word, if you don’t know about Indian FoodTech ecosystem, this report is a must read! Download it and share it here.

Viome, a startup selling $199 microbiome test has just raised $25 million from Salesforce CEO Marc Benioff. The controversed startup will use the money to advance research on the link between the microbiome and health issues such as diabetes. 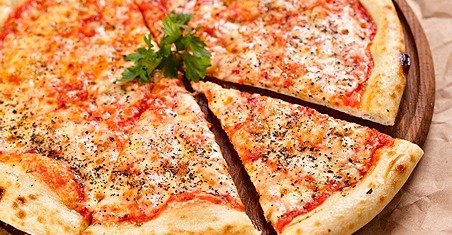 Cannibble FoodTech, an Israeli startup has raised $1 million from a crowdfunding campaign. It develops CBD enriched foods such as pizza toppings and popcorn.

Plug & play, the largest accelerator operator will open a new FoodTech structure in Italy. Italy (and Milano especially) is the place to be when talking about FoodTech. You can now find there three accelerators with Deloitte’s Food Forward, Startup Bootcamp (in Roma) and now Plug & Play new food & beverage accelerator.

5 things you should know about 3D printing + food. 3D printing is a hot topic but also a very complicated one when talking about food. This article will tell you everything about the many technical challenges to reach a usable food 3D printing solution.