🚲 🇮🇹 Sad day for Everli, the “European Instacart” (connecting you with independent workers that will go pick up your groceries in supermarkets in your neighbourhood). It is shutting down its operations in the Czech Republic. Beyond the individual case of Everli, the challenges reported by shopping assistants and quick-commerce startups week after week are a sign of the speed at which the wind is turning. At the end of the day, the winners will undoubtedly be those with the most cash in the bank, which will be able to lead the concentration move that we observe (Hence, it is better to cut yourself an arm today to be able to have the cash to buy your competitors tomorrow).

🇫🇷 🧨 France to dynamite its alternative protein FoodTech ecosystem! The French government is banishing words such as steak, sausages and nuggets to plant-based alternatives. When you look at the details, things are worse: this rule will only apply to startups producing in France. So it basically acts as an incentive to open your facilities elsewhere. You can look at the comments on this Linkedin post we made; it shows how much opinion is contrasted on this subject.

💳 🇫🇷 🇺🇸 Sunday, the French-founded and US-headquartered pay-at-table superstar startup that raised $124M since 2021, is now slashing into its workforce. Using QR-codes for payment is not technically complex. Many competitors emerged as it is becoming harder to raise huge amounts of money to build a sufficient footprint to earn money. 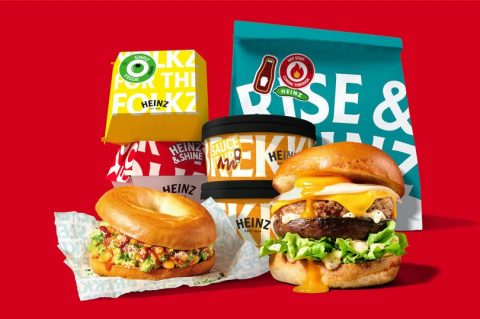 🍽️ 🇬🇧 Londoners can now order from a new virtual restaurant created by Heinz on Uber Eats. This is something we hear more and more, and it could become something major with big CPG brands creating their own restaurant brands to reach consumers differently.