🍫 🇺🇸  Mondelez acquired Clif Bar for $2.9B (and potentially more). While Clif may not be exactly a startup (founded in 1992), it’s an impressive success story with $1B+ in sales. It also shows the extraordinary potential for growth in the healthy snack market and for brands that embody this. Beyond, this deal may also be the demonstration that for big food companies, creating new brands (or pivoting existing ones) is harder than ever, and that acquiring others may be the best path for growth. 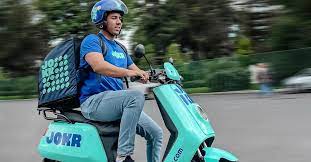 🚲  🇺🇸  🇳🇱  Jokr, a US-based quick-commerce startup, is leaving … the US, to focus on Latin America. Gorillas (Germany), had already announced that it would stop its expansion in the US sooner this year. The same week, Zapp (UK) said it would leave Amsterdam as the city put a ban on the opening of new dark stores and forced some of Zapp’s warehouses to close.
Clouds are gathering around quick-commerce startups: wary cities’ officials, high rent costs, inflation (making it harder to pay a premium for laziness), competition (from other quick-commerce players, but also restaurant delivery apps that now deliver groceries, and “new retailers” such as Picnic).

🍽️  🇰🇪 Kune Food, a Kenya-based meal delivery startup that had raised $1M last year is shutting down. The startup says this is due to the cost of food and increasing inflation.

🍔  🇬🇧  An interesting read on the rise of obesity in the UK (and most of the Western world) and the failure of the “individual responsibility” policy. Data shows how obesity rose significantly more in the most deprived areas compared to others. Experts insist on the need for further regulation such as a tax on salt or sugar (that food companies would be keen to see adopted as it would create a level playing field for those creating healthier (and often more expensive and less addictive) food products).