First, it is important to emphasize that no cellular agriculture product is currently on the market as production capabilities are not yet here. However, we can predict with more certitude that products will reach restaurants in two to three years, and then maybe a couple of years later, the supermarket shelves.

What has happened in the past decade is just astonishing. Indeed, going from a single €250,000 burger to a potential €9 is impressive. Cellular agriculture is also expanding fast outside the beef burger. A whole ecosystem is developing with suppliers (Cubiq Foods, Geltor), B2B and B2C (Shiok Meat, a shrimp focused startup just raised $12.6M to develop its first pilot facility) oriented startups, etc.

Finally, a positive note: a European VC firm led Mosa Meat’s funding. This is especially important for a technology that could be key for our future food model. 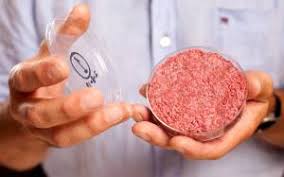