Quick-commerce startups (delivering food and other grocery items in less than 10 to 30 minutes depending on the locations) are still sprouting everywhere. This is notably in Asia and Latin America, where lower labor costs make them more financially reasonable. We observe the emergence of local players such as Calli and the arrival of US and European startups such as Jokr abandoning their home market to pursue growth there.

Indeed, in the West, the question of how to switch from a hyper-growth (no matter the cost) strategy to a viable, profitable business raise multiple questions. One card that many players in the space plan to play with is opening stores to consumers or going for a click-and-collect strategy. Indeed: 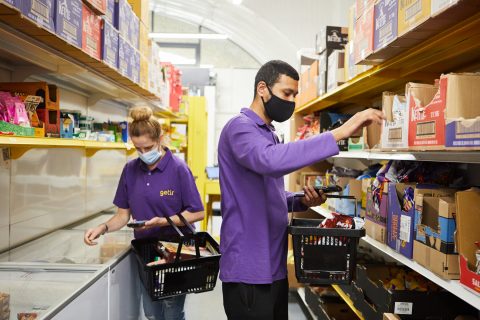 Is this only a move to increase convenience and consumer satisfaction while improving profitability? If it is indeed a way to help consumers place orders when dark stores are very close to their location, this opens the question of the relevance of the model itself in dense cities with lots of existing corner stores. Beyond this, I see at least one main explanation: fight back against the discontentment expressed by many residents and city officials. Indeed, dark stores are often (unused) commercial spaces converted into mini-warehouses closed to the public.

As they are mushrooming alongside dark kitchens, they can transform some streets into small logistical hubs and create queues of drivers waiting for their orders. Cities have finally noticed that and are not that happy about it:

Opening dark stores to the public, first for click-and-collect orders, may be a simple way to answer the critics and to assert that dark stores and stores and not warehouses.

Will it be enough? At least it seems that investors don’t mind too much and keep investing (heavily). But are they aware that they are less and less investment in grocery delivery and more in groceries (a nice business, just not an explosively profitable one)?