INSIGHT:
As shown in the above graph, investments in European FoodTech by countries in 2019 (with the growth from 2018), are divided into four groups, which remained stable for the last couple of years:

ONE COUNTRY – ONE STARTUP?
One of the key findings of this analysis is that for most countries, one startup accounted for more than 50% of all of 2019’s investments. Indeed:

Find out more in our FREE REPORT ON European FOODTECH INVESTMENTS 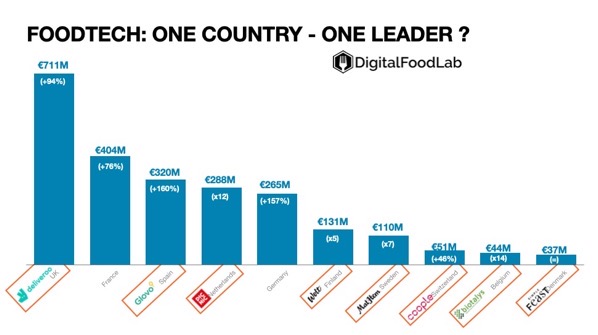 FoodTech report 2020
(Interview): Camille from Eutopia on how to invest in the future of food
Three startup trends that will benefit from COVID-19