Unicorns (startups with a valuation bigger than a billion) are one of the ways to measure the weight of a specific startup ecosystem. Indeed, even if investments and the number of startup creation are interesting, they do not measure the capacity of an ecosystem to build international champions. The number of startups with a $1B+ valuation has become a synonym for such capacity.

Below is the mapping of all 33 Foodtech startups that reached the unicorns status by domains and sub-domains. Combined these companies received a staggering amount of $26.6B in private funding. If only 2 have been acquired, we can see a growing trend toward IPOs (8 have gone public). 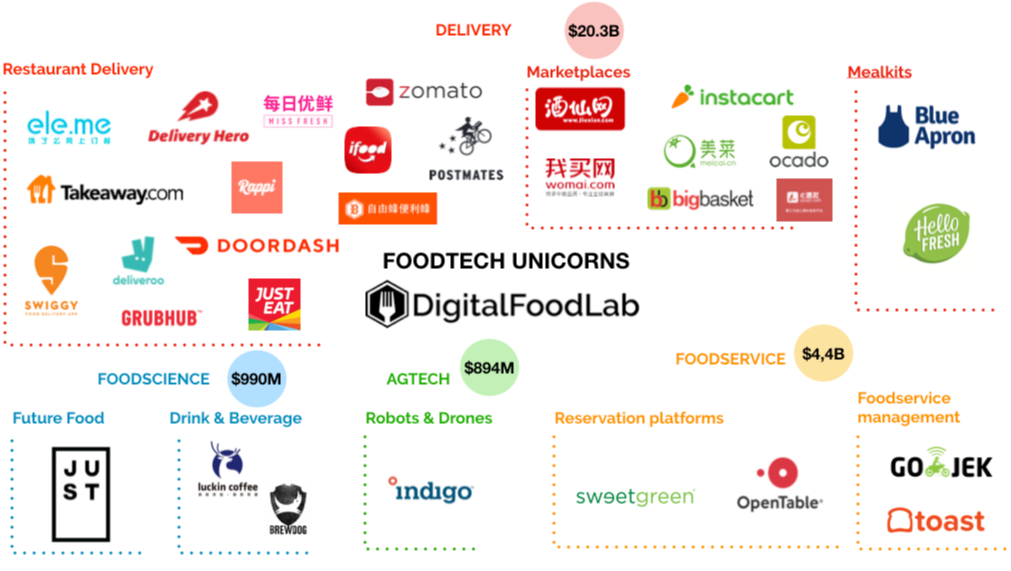 In a glance, we can see that most of FoodTech unicorns are operating delivery services (73% to be precise). Other trends such as AgTech and plant-based are poorly represented, each with only one startup (Indigo and Just). Others (clean-meat, urban farming) are not (yet?) at the Unicorn stage.

In which domain will be the next Foodtech unicorn?
Restaurant delivery and marketplace startups have been a constant source of new unicorns over time (creating new services such as Deliveroo or opening new markets as Swiggy and Zomato have done). Meal kits startups (such as HelloFresh or Blue Apron) have had their hour of fame. Mainly created between 2012 and 2014, they are now public companies. Robotics could be the next trend for unicorns with already 3 new startups valued more than $1B in this field. 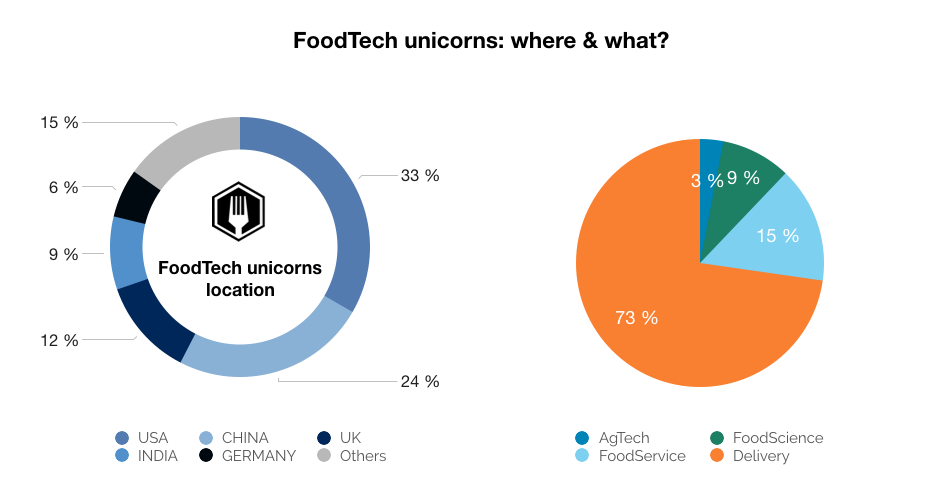 Where are the unicorns located?

I started this newsletter indicating how important unicorns were to compare the relative strength of startup ecosystems. Above is a graph of each FoodTech unicorn location. As you can see, most of Foodtech unicorns still are in the US, even if their Chinese and Indian have risen fast in the last couple of years.

Becoming a unicorn is faster than ever

For the 19 startups created before 2012, 42% took more than ten years to become a unicorn. And in the 14 startups created after 2012, 86% took only 3 years to reach the $1B mark. Our data is pointing toward a decrease in the time it takes to create a unicorn, even more, when startups are operating in huge markets such as China and India.

This was just a quick overview of our FREE FoodTech unicorns report. You can download it here. 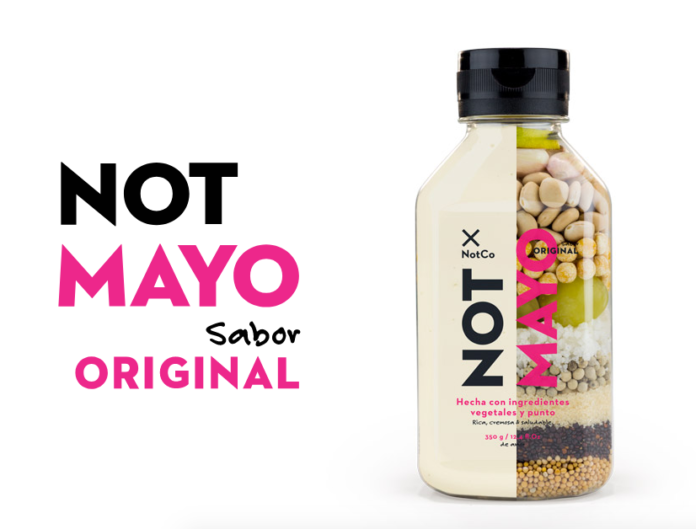 The Chile-based startup NotCo  raised $30 million. Among the investors is Jeff Bezo’s fund. The company combines AI and its database to develop plant-based alternatives to products such as mayo, milk and cheese. 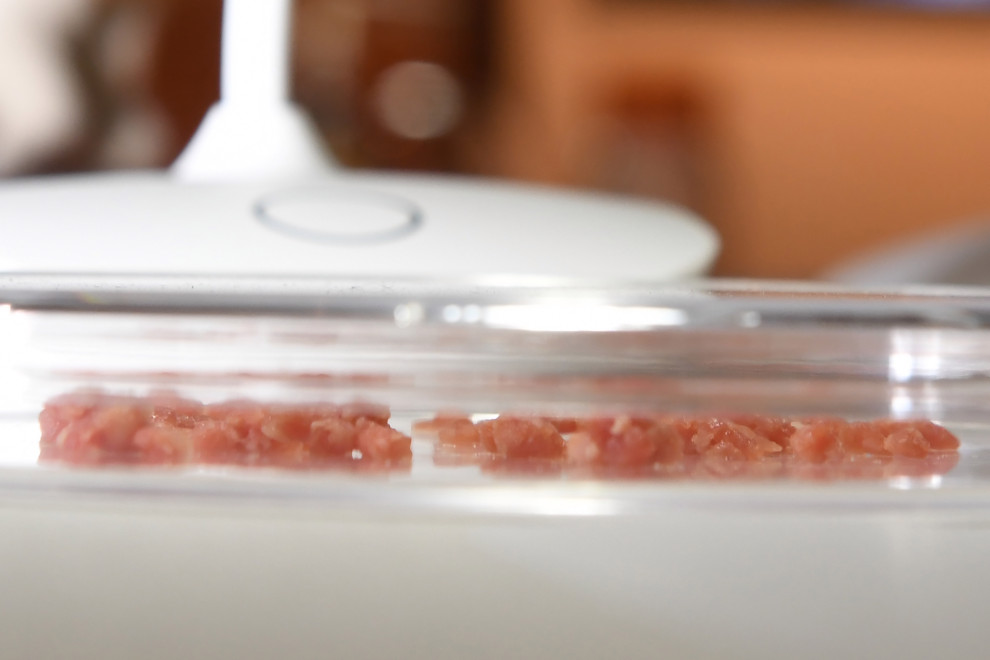 10 years after, what is the survival rate of Uber-for-X companies? A deep dive into the 105 startups operating an on-demand business (or to be clearer Uber-for-x startups). The survival rate is good with “only” a 27% of them have disappeared, 4% having reached the unicorn status and 18% being acquired. Most of these companies are still not profitable, rely on VC money to grow and tend to pay close to minimum wages.

In-store sales are driving meal kits growth. As said above, meal kits have grown fast (with already two unicorns among these startups). After many acquisitions of meal kits startups by retailers, the continued growth of these new ventures is coming from new in-store offerings (pick-up or in-store dedicated offers).