2021 is an extraordinary year for the FoodTech ecosystem. You may have followed the impressive number of megadeals (deals bigger than $50M) made since the start of this year, notably in quick commerce and alternative protein startups. Beyond investments, there is a “general feeling” that things are accelerating. But how much of this feeling is backed by data, and how is much is wishful thinking?

We decided to make a quick update to our yearly report on the Investments in European FoodTech in the first half of 2021 to see how good our intuition was that something was happening. Indeed, as for other tech ecosystems, we don’t have a lot of ways to measure what is happening others than the investments made in the ecosystem (the number of active startups is hard to follow, acquisitions can be high or low independently of the overall ecosystem’s health and the number of articles in the media is only good to measure the appetite for some specific B2C themes). 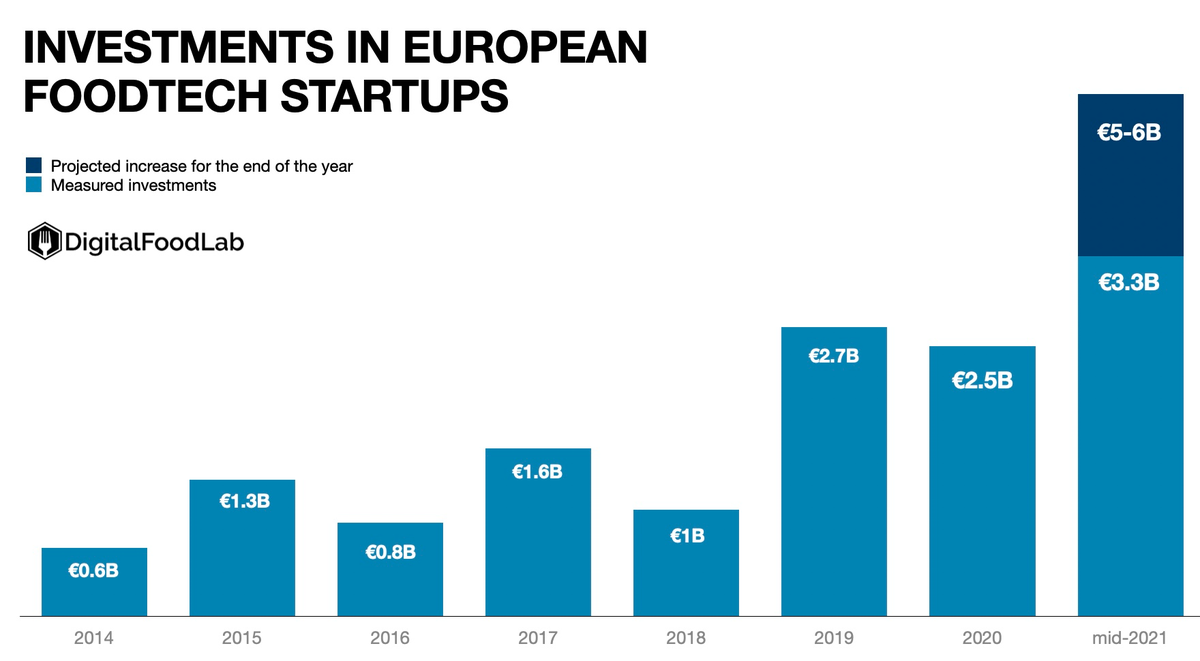 Something is indeed happening : 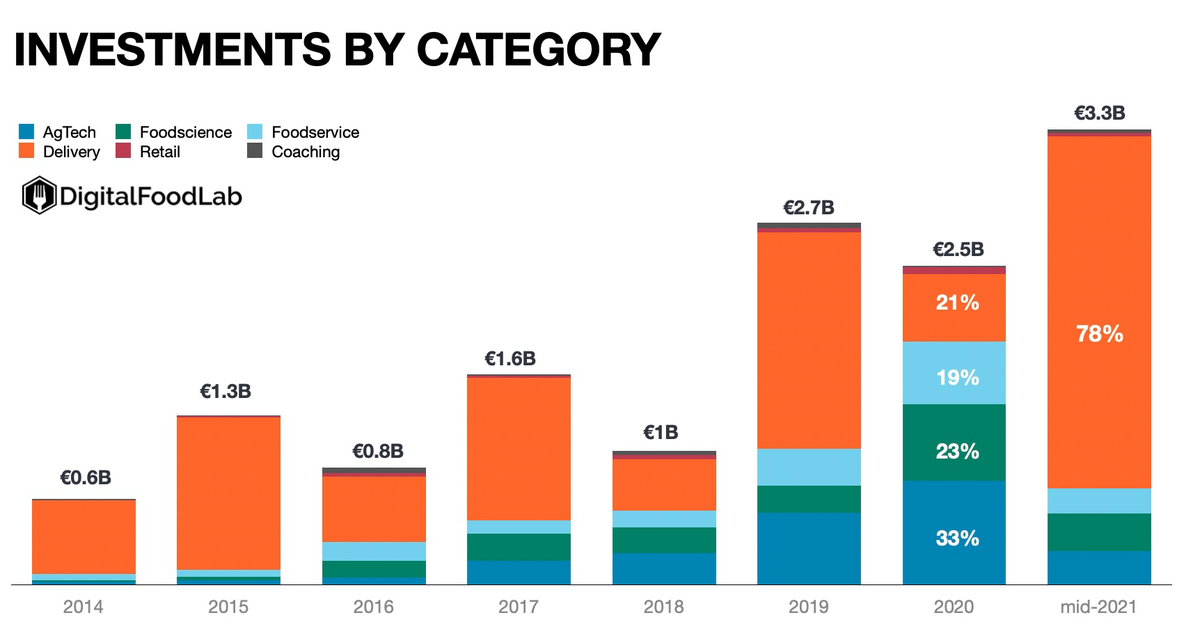 So what does it mean? Is the future of food on its way?

I would like to say that it is a start in an exponential increase in interest and investment in the future of food, but that seems a bit far fetched. However, a doubling in the amounts invested in the space is not something that can be overlooked. It has not yet percolated to other categories outside of grocery deliveries in Europe, but it seems to be the case in the other geographies we have looked at.

Beyond the level of investments, it signals that investors are readier than ever to invest in the infrastructure of the future of food. Indeed, what are grocery delivery investments other than investments in warehouses and, more broadly, in new supply chain infrastructure? That signal is significant. Indeed, the investments that will have to be made to transform our food system will more and more be looking like infrastructure rather than deep technology:

Many feared that the money to sustain these investments into scaling rather than tech itself would be hard to find. This increase in investments may be proof that it is quite the opposite. Hence, the future of food may be coming much sooner than expected.

europefoodtechinvestments
What is the future of quick-commerce?
Edito & top reads: testing products & services as way to understand what's happening