Will 2020 be the end of our dreams of food robots? Since the start of the year, three leading food robots startups have revealed (or being rumoured) to be in bad shape.

First, Zume, the well-known pizza robot startup is rumoured to lay off 80% of its staff. That’s a quick downturn for a company that raised $325m from Softbank Vision Fund in late 2018. Zume ventured in many new areas, notably packaging or renting mobile cloud kitchens. It is clear that money from Softbank dried up after Wework’s IPO failure and toying with new ideas certainly didn’t help in closing a new round of capital. It is not clear where Zume is heading and if it will remain a food robot business.

Then, CafeX, another famous food robot startup announced in early January that it closed three of its robotic cafés. Two more advanced versions of the robots are still operating. 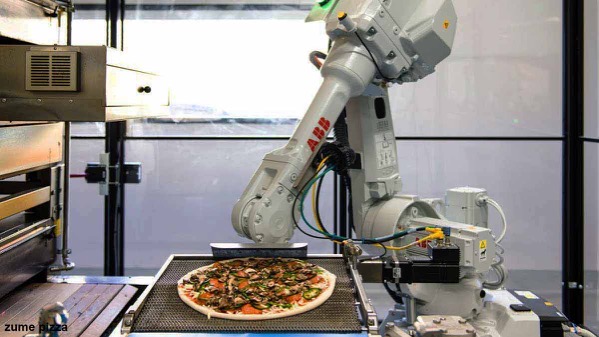 Is it the end for food robots and what can we expect now?

We can indeed wonder if food robots have a future when we see these three quite gloomy news. However, here are a few facts to put things in perspective:

As explained in our 2019 FoodTech trends’ report, food robots were at the “top” in terms of hype. Now it is time for startups to show “real and eventually profitable stuff”. More reasonable valuations and rounds will certainly follow. Moving out of San Francisco, startups are still raising money and developing new food robots (Pizza food robot Picnic in Seattle, Cala pasta robot in Paris, etc.)

robotics
2019 foodtech trends review
FoodTech recap: will 2020 be the year of clean meat?