Instacart, the grocery delivery startup is growing its offering. Instacart is famous for many good and bad reasons. On the bright side is the concept of on-demand groceries mixed with an Uber-style concept where the final consumer goes on Instacart’s app, order groceries to its local supermarket, and an independent worker will do the groceries for him/her. The company has almost raised $2billion and is growing really fast. On a more darker side are the many issues with the condition of its “shoppers”.

Today, the company is now expanding its offering with Instacart Meals. The consumer will have the availably to order both its groceries and ready-to-eat meals. More than a competitor to DoorDash or UberEats, this should be seen as a move going with the increasing place retailers are giving to foodservice. Indeed, more and more players are now betting that the winning offer is to be able to give the opportunity to the consumer to offer both groceries and ready-to-eat (and even personalised as in the case of Instacart Meals). 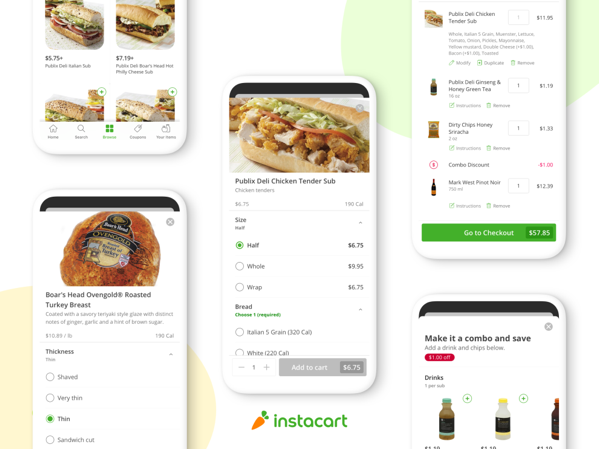 Europe has one notable equivalent to Instacart with Supermercato24. Based in Milan and founded in 2014, the startup is already covering all of Italy for deliveries. It has acquired Szopi in Poland in late 2019 to develop there. In late January, it has raised a new round of €11million. It has now raised more than €28million, making it the biggest source of Food/RetailTech investments in Italy and one of the leading “next generation FoodTech startups” of Europe. This new influx of capital is aiming at growing the company in new countries by the end of 2020.

It is obviously harder to develop this business in Europe as each country as its set of regulations, cultural food habits and more importantly, its set of retailers. In each case, a startup has to renegotiate from scratch deals with them (to have access to the data of which product is available in which store). The good side of it is that retail is more concentrated in European countries than in the US (few big players in each country) and the consumers are now used to on-demand food delivery, they should be quite ready for groceries.