These two fundings are highly interesting in their timing. First, they happen after the period of lockdown, when the pressure put on the food value chain has been felt worldwide. Indeed, as borders crossings were interrupted, manual labor in the fields, mostly done by migrants, couldn’t be done. The feeling that a more resilient food system is needed is now broadly shared, and that’s maybe what investors are betting on.

Then, what is key here is the difference between the two startups’ philosophies. On the first hand, Plenty is betting on gigantic warehouses to scale its production (as does Aerofarms, another US urban farming startup). On the other side of the spectrum, InFarm bets on building a dense network of smaller (if not tiny) farms inside stores, restaurants, and other locations. Both approaches that we could name the American versus the European have enough funding to compete and will tell us which works best in each situation. 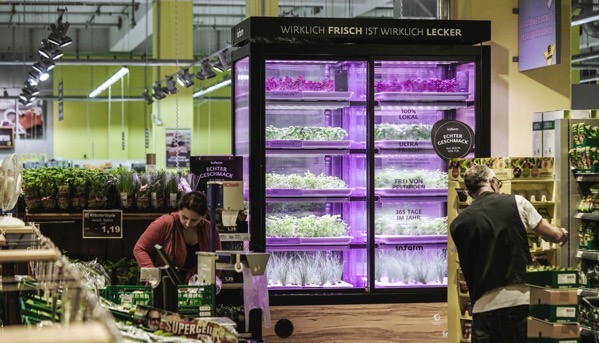