A few years ago, very few deals were announced during summer. Now, even in a time where financing is more difficult than it was last year, the stream of notable and interesting deals keeps flowing. Here is DigitalFoodLab’s selection of the top 10 fundings that happened during August and that you should know about:

🔪 🇺🇸  Kitchen United raised $100M for its ghost kitchens (it operates locations that are then rented out to restaurants (virtual or not) to create a new kitchen plugged into delivery services). Kroger, one of the largest US retailers, an early partner of the startup, is among the investors. It will be interesting to see if this leads to a greater partnership with ghost kitchens opening inside stores to create food courts.

🌬️ 🇬🇧  Deep Branch, a UK-based startup working on converting CO2 into protein, obtained £4.8M from the UK government. It will be used to finance research on its single cell protein targeted at animal (salmon) feed.

🥬  🇯🇵  Vertical Farm Spread, a Japanese vertical farming startup, raised $30M. The lettuce grown by its farm is sold under its brand across thousands of stores in Japan. Now it is looking to add new products such as strawberries and new farms. This funding is significant and maybe one of the biggest deals for the Japanese FoodTech ecosystem.

🥛 🇸🇬  Oatside, a Singapore oat milk brand, raised $65.6M. It is impressive to see how much money oat milk companies are raising. This area is showing strong growth, and industrial capabilities are still lacking.

🚚  🇺🇸  Bakkal, a US-based startup, raised $3M for its ethnic grocery marketplace. It connects consumers to ethnic businesses in their area for delivery on a model close to Instacart’s. We are strong believers in the potential of the ethnic grocery businesses and expect to see more of them in the coming years.

🛒  🇮🇱  Shopic, an Israeli startup, raised $35M for its smart cart. The cart recognises what’s put inside and displays relevant promotions to consumers as they shop. 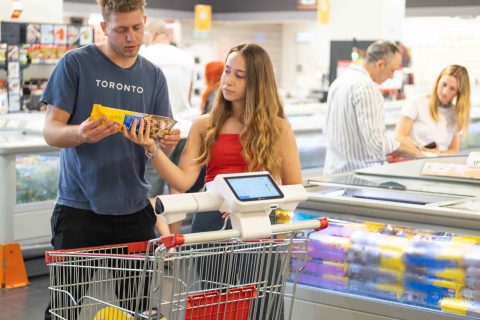 🍓 🇺🇸  Afresh, a US-based startup, raised $115M for its anti-food-waste approach to fresh produce management in grocery stores. By using its predictive models, stores can reduce waste by 25%.

🍃 🇺🇸  Enko, a US-based startup, raised $70M for its alternatives to chemicals for crop protection.