A new report by ATKearney dives in one of the hottest topics of the moment: clean meat (basically, the idea of growing meat in a lab out of a few cells taken from the animal). This technology was seen as far fetched and barely worthy of a bad science-fiction book a few years ago. Now it is more and more seen as a threat (by the meat industry) and met with hope (by environmentalists). In the middle, one can wonder what will be the size of the market for clean meat. That’s exactly the point of this report.

In a growing market (3%/year), they project that in 20 years, cultured meat will represent 35% of the “meat market”, while convention meat will only be 40%. 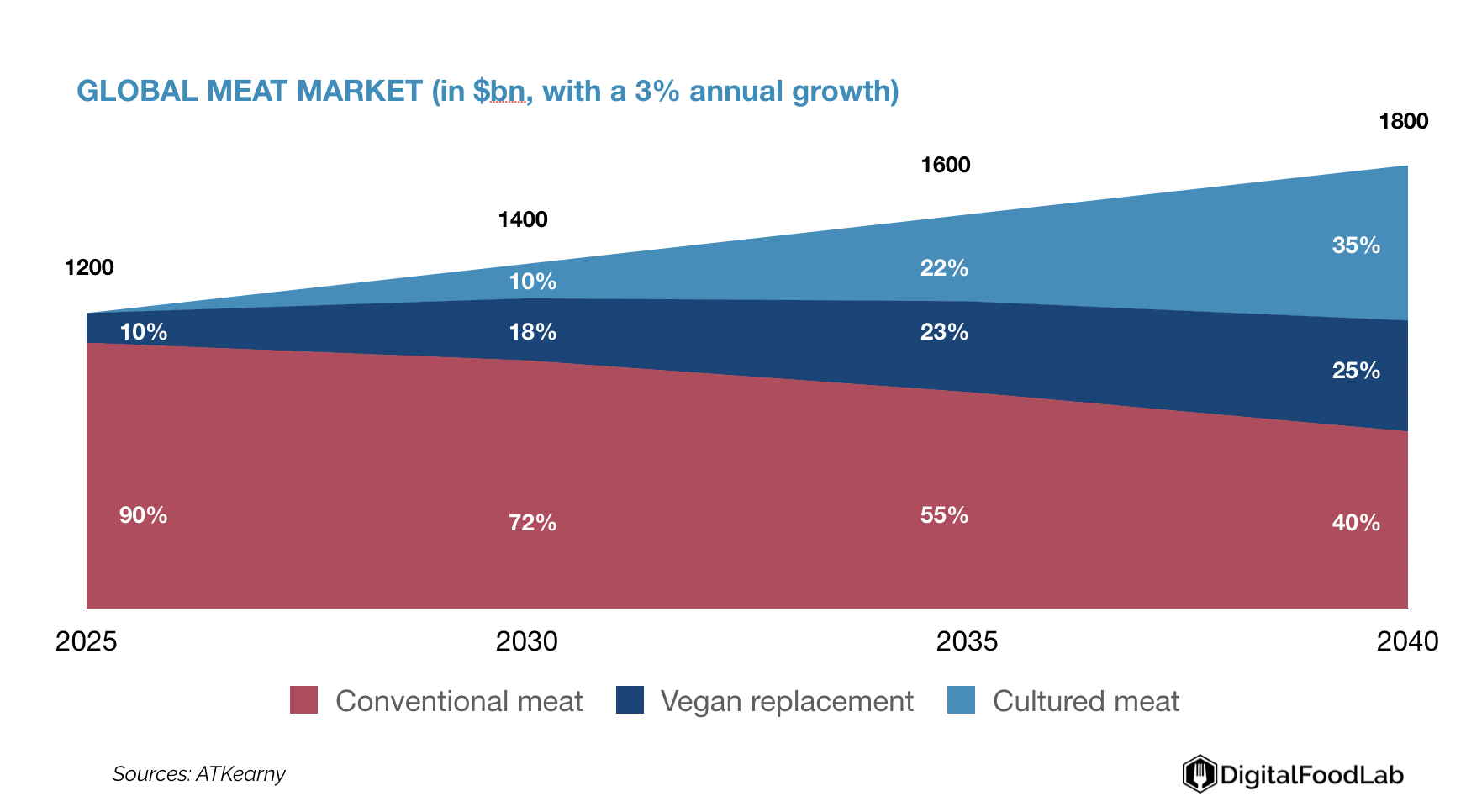 We can always discuss how a projection is made and how hard it can be to predict the future of technologies so novel as culture meat. However, we can give credit to the seriousness of this work and plan for the case where such a future would happen. Two points surface:

In a nutshell, current meat corporates should take this report into consideration to plan for such a major shift in consumer behaviours and new entrepreneurs and investors should consider venturing more into cultured meat.