🇺🇸 🥛 Milk Movement, a US-based startup, raised $20M to digitize the dairy industry. Interestingly, in a tech ecosystem dominated by the talk about alternative proteins, we observe the rise of a significant number of startups focused on providing digital tools to farmers, specifically around dairy.

🇮🇩  🚜 AgriAku, a one-year-old Indonesian startup, raised $35M for its marketplace, which sells inputs such as seeds and fertilizers to farmers. 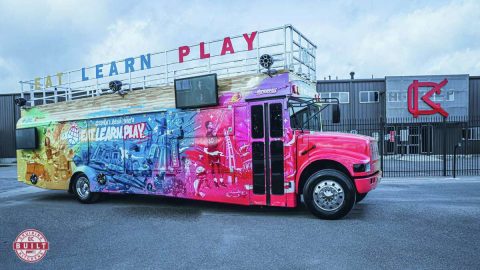 🇺🇸  👻  Cruising Kitchens, a US company selling food trucks and mobile ghost kitchens, raised $100M from Ghost Financial, a platform dedicated to ghost kitchen operators. This will lead to the creation of a new division which will focus on brands created with celebrities, athletes and influencers. We are quite curious to see where the growing trend around mobile ghost kitchens (notably around Wonder) is going.

🇩🇰  🇺🇸 💰 BioPhero, a Danish startup working on crop biocontrols, was acquired for $200M by FMC, a US corporation. BioPhero produces pheromones through fermentation at a lower cost than chemical alternatives. Contrary to other pest-control substances, pheromones are less toxic, and insects do not develop resistance.

🇺🇸  🇬🇧  💰  Diageo, one of the world’s largest alcohol companies, acquired Vivanda, the creator of a tech that analysed consumers’ flavour preferences (through questionnaires) to match them with products.

dealstop deals
🚜 How FoodTech will impact our use of land?
📊 80% of quick-commerce orders are discounted - can it be profitable?