4 NOTABLE DEALS IN EUROPE, 4 IN THE REST OF THE WORLD:

🤖  🚚  🇪🇪 Starship Technologies received €50M in funding from the European investment bank. The startup is known as one of the world leaders for autonomous delivery robots, with many experimentations running on university campuses.
This deal aims to retain Starship’s R&D in the EU (it also operates in the UK, and its robots are mostly active in the US) while helping the startup bridge the gap between closed environments (such as campuses) and open streets. 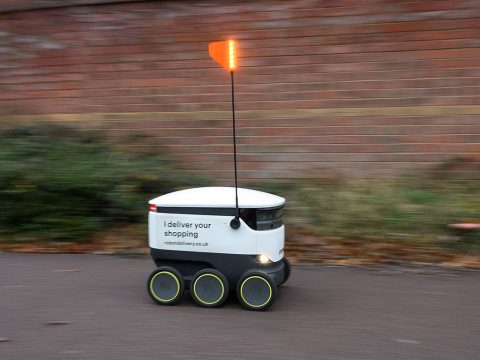 🦄  🇧🇪  Deliverect raised $150M and became Belgium first FoodTech unicorn (and the country overall third $1B+ startup). Deliverect, only three years old, helps restaurants to manage the different orders coming from delivery platforms. Since it has grown beyond and allows some chains to manage their in-store orders too, and some CPG companies to control their relationships with multiple grocery delivery partners.

🚚  🇬🇧  Zapp, a British quick-commerce (grocery delivery in less than 10 to 30 minutes), raised $200M. It says that two-thirds of its orders are profitable and that the average order is “in the mid-20£” region compared to “sub-£15” for its main (unprofitable) competitors.
With the acquisition of Frichti by Gorillas last week, the push of GoPuff in Europe, Delivery Hero and DoorDash acquisitions, the space is structuring fast. Small players should be worried. Kol, a French legacy player, shut down this week after failing to raise €30M, an amount that may not have been enough to compete in a space where the minimum entry ticket maybe now at $200M.

📦  🇫🇷  Uzaje, a French cleaning startup for reusable packaging raised €4M. While we observe a growing appetite for reusable packaging, both in grocery stores, vending machines replacing canteens inside offices, and of course for meal delivery, one big (though unsexy) question remains: how to safely and efficiently clean these containers. Uzaje addresses this issue with an integrated model that picks up the containers, cleans, and re-dispatches them.

🍣  🇺🇸  Bokksu raised $22M for its Japanese snacks subscription service and marketplace. With more than one million subscriptions since 2016, the startup shows how the huge appetite for the Japanese culture translates into food (notably at $44/box) and can create a significant business.

🧑‍🌾  🇺🇸  Full Harvest raised €23M for its B2B imperfect foods marketplace. In the past year, we have seen considerable deals in the space of imperfect foods (notably with Misfits). It is interesting to see how Full Harvest addresses the issue from another angle by connecting businesses (such as restaurants) directly with farmers with imperfect foods.

🍖 🇮🇱  Redefine Meat raised $135M for its 3D-printing technology for meat. This technology could be the answer to the much-awaited plant-based “whole cuts” (big chunks of meat substitutes that overcome the limitation to small bites or minced meat of the current technology). The startup will use the funding to set up production facilities in Israel and the Netherlands.
We are impressed by Israel-based alternative protein startups, the speed at which they raise money and the size of the deals.

🚜  🇺🇸  Plenty raised $400M for its vertical farms with Walmart as one of the investors. Beyond the staggering amount invested, the participation of a retailer such as Walmart is notable. It shows how much retailers now value the ability on reliable and high-quality products all year round.
This kind of money demonstrates how much investment will be needed to scale the infrastructure behind the future of food.

🥩  🇨🇳  China new 5-year plan includes cellular agriculture and other future foods. This kind of public recognition may help trigger more public funding and research for the sector. Beyond funding, it may also help decision-makers in China and elsewhere look more seriously at these new technologies and accelerate their regulatory path.

🌍 🍫 Nestlé will increase its payouts to African cocoa farmers to remove child labour from its supply chain. In Africa, cocoa is mainly grown by smallholder farmers where children are often employed (1.56M children are engaged in Ivory Coast and Ghana). By paying farming households, Nestlé encourages them to send their children to school and fight poverty.