I know I repeat myself when I say that, but we are really living an incredible year. The amount of investments, new great ventures launching every day, and the huge rise of interest from large corporations is just astonishing. While a few years ago, we had a hard time filling a monthly newsletter with relevant news, now the challenge is to choose what to talk about (and don’t get me wrong, that is a much better kind of challenge). One such area of the FoodTech ecosystem is the alternative protein ecosystem (if you need an update on the technologies, we just covered that in our last newsletter). Inside the alternative protein ecosystem, dairy has had a lot of news in the past month. What is happening in this field is really impressive, even if it’s dwarfed in terms of media coverage by the alternatives to meat. We have a strong conviction that if the transition toward a diet based on more alternatives and less animal-based proteins happens, it will start there.agriculture

PLANT-BASED MILK HAVE THE RIGHT TO LOOK LIKE … MILK

The European Parliament has dropped the proposal that would have banned plant-based dairy startups from:

This is great news for the plant-based industry that will be able to keep growing and to compete fairly.

Westland Cheese, a Dutch cheesemaker, launched a cheese in partnership with Those Vegan Cowboys, a startup notably created by the former co-founder of The Vegetarian Butcher (a plant-based meat alternative startup acquired by Unilever). It’s an interesting partnership where the startup brings the technology (the focus on fermentation notably), and the corporation can help step up the production and distribution. 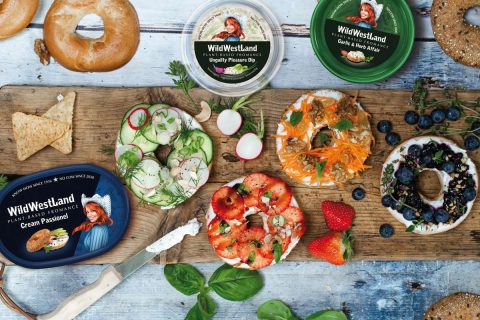 It also showcases an example of the future of the agrifood industry, with some startups that may replace farmers as ingredient suppliers. The difference with today’s situation will depend on the number of alternatives for big corporations: if only a few startups control the new key alternative ingredients, this could redistribute power and value toward them.

In the past week, we had:

It’s a huge step forward from last year when we talked with the founders when they had just raised $3.5M in funding.

I love this particular category. Beyond the potential for an alternative for baby formula, it will certainly crystallise the debates that will come about protein alternatives. If cellular agriculture breastmilk finds its market, it will be then much easier for other products to do so.

IS CROSSING THE POND THE NEXT BATTLE IN THE GROCERY DELIVERY WAR?

The fact that the competition is becoming global while the ecosystem is still in its infancy is either a very good sign (meaning that the disruption of traditional retail is accelerating) or a very bad one (meaning that there is too much money in an unprofitable ecosystem). What do you think about it?