Choco has launched a platform named Mon marché à la maison which enables Parisians to order fresh produces directly from Rungis (the place where restaurants usually supply themselves in produce). Initially named Rungis à la maison, the platform had to be rebranded. Indeed, in a very French way, the publicly operated market of Rungis has not appreciated to see its name linked to a startup initiate.

In the US (and more specifically in the East Coast), Pepper know enabling customers to order from its suppliers and to create baskets of fresh produce on a dedicated website.

This example is more than an illustration of how startups can move quickly. It should be an inspiration for many corporates. Indeed, just keep looking at Choco’s website once every two or three days and you’ll see how fast it improves. From a very basic list where you had to do your own math to see if free delivery applied to you, the platform is now quite nice. For major corporates used to hourly meetings to debate on the need to digitize, this may be the right enticement and learning: creating a marketplace can be done quickly and cheaply when the will (and need) is there. 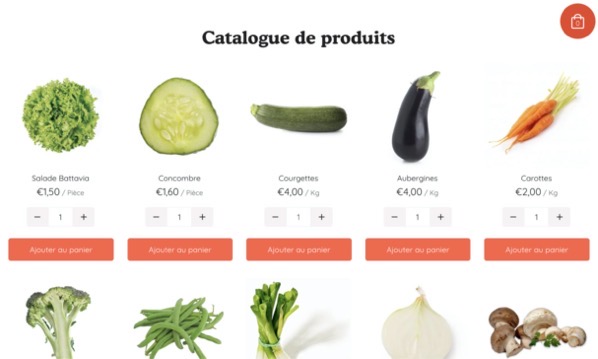