🌱 🇬🇧 Tropic Biosciences, a British startup, raised $35M for its gene-editing techniques applied to tropical agriculture (with a focus on banana, rice and coffee) in order to make it more efficient.

🍽️  🇬🇧  Vita Mojo, another British startup, raised $30M for its suite of digital solutions for restaurant owners to take digital orders and then to manage them. This space is particularly hot with two other European startups; Flipdish and Deliverect reaching the unicorn status earlier this year 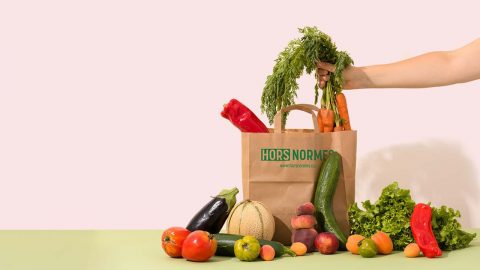 🥔  🇫🇷  Hors Normes, the French startup delivering ugly produce, raised €7M. Inspired by Misfits Market and Imperfect Foods, two US startups with a huge success (and many others), it already serves 7,000 clients

🍅  🇫🇷  Micropep Technologies, a French startup, raised €8.75M for its micropeptides that are an alternative to pesticides. Peptides are tiny proteins that have a temporary impact on the plant’s RNA. The startup is spin-off from a R&D public lab, something rare enough in the French FoodTech ecosystem to be underlined.

🌱 🇺🇸 Fyto, a US-based startup, raised $15M, for its aquatic plant (a duckweed) that can used as an alternative for animal feed. Its farms are automated and are designed to use manure as feedstock, hence creating a virtuous cycle that uses the waste of the animals it feeds as input.

📊 80% of quick-commerce orders are discounted - can it be profitable?
Ordering meals from CPG brands such as Heinz + 4 interesting articles