🇺🇸 💥  We know that 2023, or at least the first half of the year, will be full of bad news about startups revisiting their business model, if not shutting down their operations entirely. It is already starting with two US startups: 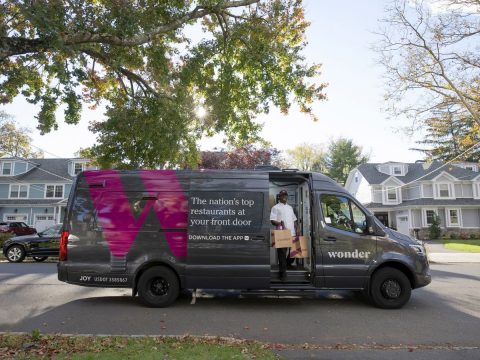 🇫🇷  🏭 Algama, a French startup working on microalgae, is raising €13M to develop its first industrial facility. With multiple big food corporations participating (such as Grupo Bimbo and Thai Union), it shows the industry’s appetite for new ingredients, such as Algama’s egg protein substitute.

🇨🇦 🍗  No Meat Factory, a Canadian B2B company developing plant-based meat alternatives, raised $42M. With this funding, it will build a new large facility in the US to serve plant-based brands. Adding new industrial plant-based capabilities will be key to reducing the cost of alternatives and eventually reaching price parity with meat products. It is also interesting to observe this move from integrated full-stack B2C companies toward a model that looks much more like the rest of the food industry with new plant-based co-packers (producing for brands).

🇳🇴  🚜  N2 Applied, a Norwegian startup, raised €10M for its technology that enables farmers to become self-sufficient with fertilizers. It replaces chemical fertilizers with a treated livestock slurry that has equivalent performance.

🇫🇷  🌱  MycoPhyto, a French startup, raised €4.2M for its bioinputs. It uses mycelium to replace chemical fertilizers. Both deals show the growing appetite for solutions to replace existing fertilizer. This is due to the current context of tension on the gas price (necessary to produce nitrogen fertilizers) and to the growing concern for the environment and the health of agricultural soils.

🇺🇸  🌽  Alphabet (the parent company of Google) is adding a new precision agriculture company to its portfolio. It is called Mineral, and it comes from Alphabet’s incubator dedicated to long-term projects. With extensive datasets, Mineral wants to help farmers, but also all the companies involved in agriculture, to predict yields, target pests and weeds, reduce waste… As data is key to improving agriculture’s performance and sustainability, it is interesting to see one of the world’s largest tech firms enter this market.