🧀 🇫🇷  Standing Ovation, a French startup, raised €12M for its use of precision fermentation to create cheese alternatives. The startup seems quite advanced compared to others and as it is planning to scale its production at an industrial level as soon as next year. This is the third deal in that very specific space in France since the start of the year. France is indeed the cheese nation.

🥩 🇳🇱 Rival Foods, a Dutch startup, raised €6M for its plant-based “whole cuts” (big chunks) technology. Many startups are looking for a way to create efficiently alternatives of steaks, chicken breast and fish fillets with the right texture. 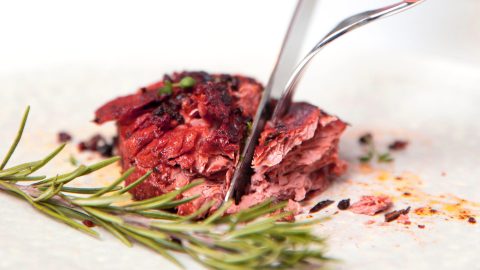 💊 🇫🇷 Cuure, a French D2C personalized supplement startup, raised €10M to grow its brand across Europe. It has already successfully launched in Italy and makes more than 40% of its business outside of France.

🧫 🇺🇸 🇮🇱 Prolific Machines, a US-based startup, raised $42M for a new approach to cellular agriculture. It intends to develop a new “assembly line” for food production by rethinking the process of cultivating cells and finding a way to do so without the very expensive growth media used by other startups. The startup will both launch its own products and help other companies to scale their production. The number of startups trying to improve the efficiency of cellular agriculture is impressive with for example, two deals announced in Israel:

And beyond growth media and the process itself, investments in bioreactors are also increasing, as is the concept of bioreactors in the cloud that we discussed last week.

dealstop deals
⭐️ Are celebrities the future for food brands?
Bioreactors in the cloud