🚲 🇹🇷 Getir raised $768M at an $11.8B valuation. The Turkish startup becomes the startup with the second-highest valuation operating in quick-commerce (grocery delivery in less than 15 minutes). This deal is astonishing. Here are a few elements of context:

🇷🇺 🇺🇸 Two Russian quick-commerce startups (Buyk and Fridge No More) ceased their activities in the US as they were unable to secure funding from their parent companies.

🤖 🇺🇸 Bear robotics, a US startup that build waiter robots, raised $81M. It has already deployed 5,000 robots (mostly in South Korea and Japan). It wants to expand its presence in the US and Europe. In the current context of labor shortages in the service industry and after two years of pandemic, the use cases for service robots such as these seem almost limitless.

📦 ♻️ 🇩🇪 German startup Vytal raised €10M. Vytal has created a range of reusable containers that it lends to restaurants. Consumers can dispose of the containers into other partner restaurants or give them back to drivers of some delivery platforms.

💦 🇮🇱 Supplant, an Israel-based startup, raised $27M for its advanced irrigation monitoring system. It collects precious data from multiple sensors that alert farmers to irrigate the plants with the exact amount of water plants require. Supplant wants to equip 1 million farms in Africa and India with its technology. 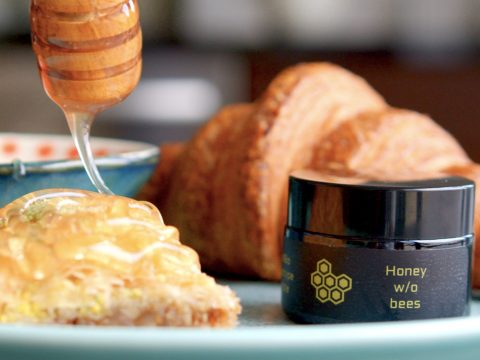 🍯 🇺🇸 Melibio raised $5.7M for its honey without the bee. The startup use plant science and precision fermentation to create an alternative to honey, just without the bees (and the consequence for the biodiversity of the multiplication of honey bees).
This shows the appetite for startups working on alternatives beyond proteins. Entrepreneurs are raising money for alternatives to fat, sugar, additives, vanilla coffee…

🥩 🇮🇳 Fresh food e-commerce giant Licious raised $150M. The company is specialised in (animal) proteins with a large offering of meat, seafood, and other animal-based products. This deal (and others in the same space) show that India is definitely a space to look at when considering the future of groceries.