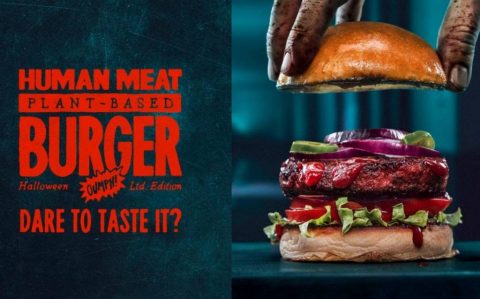 👨 ⇒ 🥩 ? As we said, startups like the idea of creating analogues for everything. Oumph, a Swedish startup released a plant-based burger tasting supposedly tasting just like human meat. As they say in their video, the product was only available this Halloween, because “otherwise it would be creepy”.

🌬️ 🥩 When we say that biomass fermentation is still far behind, it may be somehow exaggerated. Solar Foods, the Finnish startup that converts CO2 into protein (right, it sounds crazy, but it actually works) is working on its first facility and plans to have its protein on the market by 2023.

💲 FoodTech VCs are on the rise in Europe. In the past months, many funds have raised significant rounds. Recently:

DigitalFoodLab: this is both good news and also problematic. Previously investors didn’t spend money and time on telling the world about their new funds. As few investors were interested in FoodTech startups, good projects landed on their desks. Now, the competition is stronger, more projects get funded and valuations are rising fast. So, some “questionable” ideas get funded. But that’s certainly better than when not even the best startups were.

🧬  💊  23andMe, the well-known DNA testing kits company announced the acquisition of Lemonaid, a service of telemedicine and digital pharmacy.

DigitalFoodLab: until now, DNA testing kits companies were only marketing their kits and subscription plans to food supplements. It will be interesting to see if this bridges the gap between predispositions (through the genome) and prescriptions.

💰 The best deals of the week: