Two weeks ago, we released our report on FoodTech’s global megatrends. As the number of FoodTech trends increases year after year, we have grouped them into five “megatrends”. Even from outside the FoodTech ecosystem, this trend would have been hard to miss. 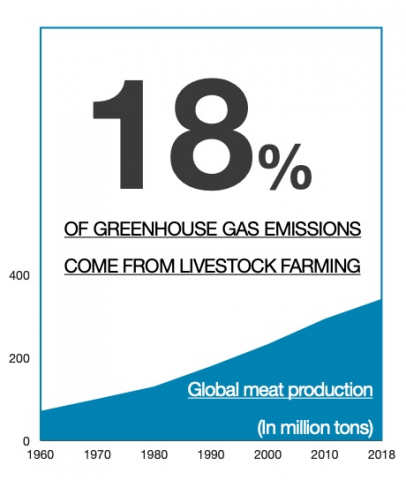 Eating alternatives won’t solve all the issues on the food value chain but it could make a real change. As we are in the middle of the COP26, it is important to remind ourselves of the huge impact of farming on our environment (from products such as meat, coffee, chocolate or rice).

Alternatives proteins as a whole (and hence not only the plant-based analogue products available right now) will be a part of the solution.

With the creation of hundreds of startups, the investment of billions of dollars (more than $3B in 2020, and probably the double in 2021) and growing competition from large corporations, the interest in the future of proteins is strong. However, it may also be hard to read this ecosystem, to understand how it is structured, why it is here and where it may go.

We have identified 6 food disruptors that threaten the status quo in the protein industry. These ecosystems, identified by the technology they use, are until now very distinct from each other. They use technologies and techniques that are mostly unique to them. This may change in the coming years as some players are making rapid progress as their industry matures and some techniques (such as 3D printing) could be used in many areas. Their position on the above curve is mostly relative to each other rather than an absolute: