Agility and speed are often quoted as the key differentiators between a startup and a traditional company. While this is obviously also true in FoodTech, we were quite used to observe food startups moving at a slower pace than their counterparts in other tech ecosystems. It was analysed as a sign of the food market’s rigidity, regulatory complications or as proof that the wave of disruption was still not there. However, since the start of this year, the speed of these agriculture, food and retail innovations has seriously increased. If it is particularly notable with the deployment of dark stores and grocery delivery options (almost €2B invested in 4 months in Europe, see below), it is also the case in multiple other segments. It’s the best time to be an actor in this ecosystem!

What can happen in two weeks? A lot, if you consider grocery delivery startups. While the startups were announcing giant deals in the first quarter of the year, things went quite slowly on the ground. It feels now that we have entered the second phase of expansion with many dark store services expanding in new territories:

This speed is truly impressive for startups that young. Some open multiple stores a week in different cities. As we were a bit lost among all these deals and more importantly which startup is active in which (European) country, we made a table to recap the status of the Dark Stores and main Grocery Delivery apps: 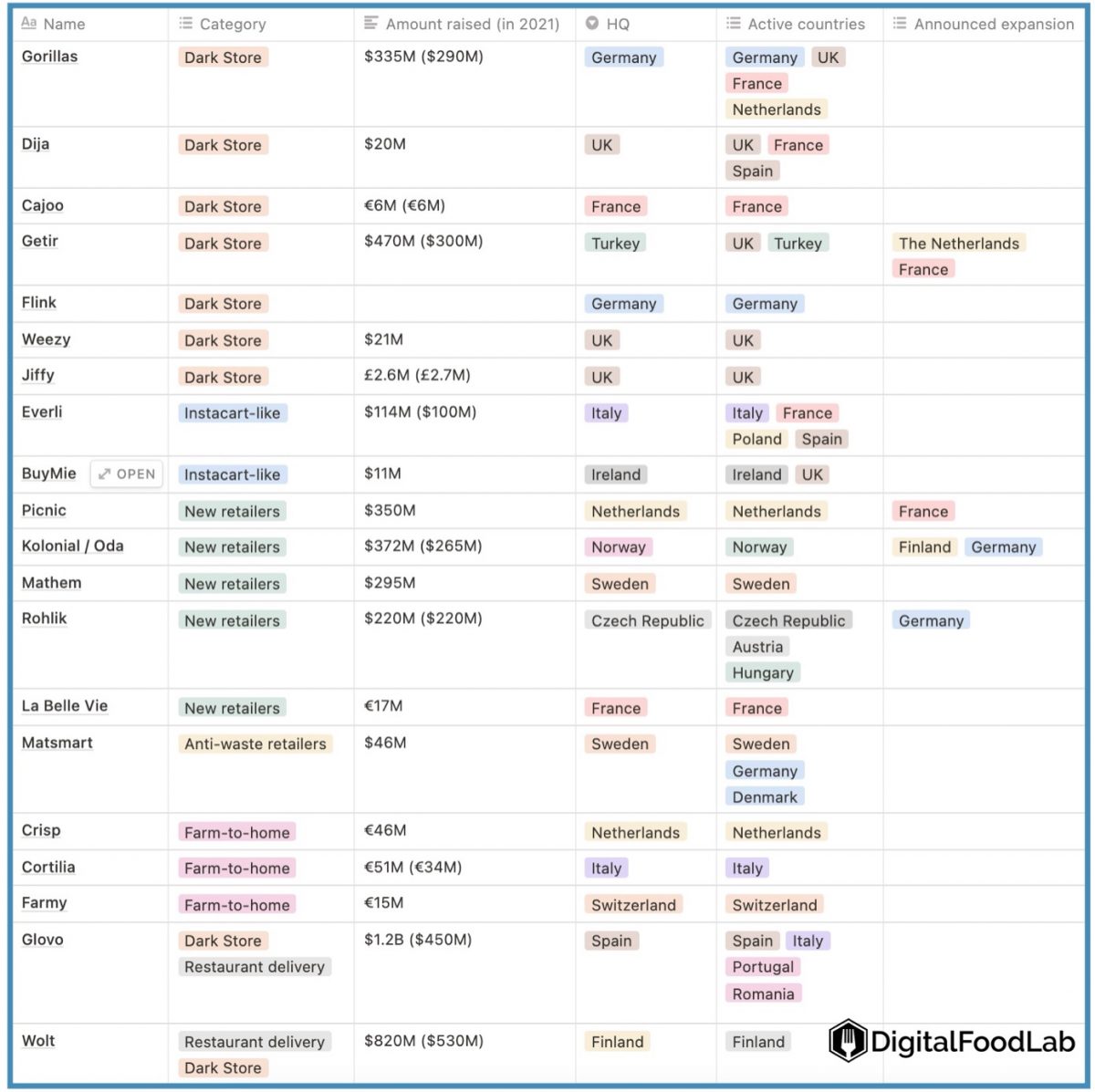 If this is only a quick draft (it lacks a proper trial of the various services, we only experimented with a handful of them), it already gives a few interesting insights:

Send us a message if we have missed something or want to talk with us about how these new grocery services will reshape the retail industry and your business.