As COVID-19 is not yet behind us, it may seem presumptuous to think about “what will be different after”. However, a few trends that were more or less already present have been certainly boosted by the current crisis, and it is hard to think we will go back.

Robots and drones have finally the opportunity to emerge from locked-down environments (pun intended) and to rush into the streets. Indeed, what was previously seemed as complicated and undesirable (i.e. humanness delivery) is now the holy grail of delivery.

Startups such as Manna, Starship Technologies and Nuro are hitting the streets and getting real-life data from their experiments. Unfortunately, the number of robots is still too small and we don’t have any real feedback.

Plant-based sales are surging during the crisis. Beyond Meat alone has known a 141% increase in sales for the first quarter of 2020 compared to last year. As their sales in foodservice (which are especially important for Impossible Foods and Beyond Meat) have plummeted, the increase is impressive. It shows how these products have become a part of the daily habits of millions of people.

Still far from the market, lab-grown products, such as cell-based meat or fermentation based milk, are benefiting indirectly from the crisis. For people concerned with food safety (who wouldn’t be now?) and governments interested in local and consistent supply of proteins, lab-grown may appear like the ideal solution. We can expect a surge in larger deals growing the production to near industrial-scale.

Food marketplaces, innovative online delivery supermarkets and “uber for groceries” services have boomed during the crisis. As mainstream retailers have often been overwhelmed by demands and new users, some of these services have shown how startups build products for scale. Things were not smooth, but many customers have tried online delivery for the first time and will not switch back to the old ways. 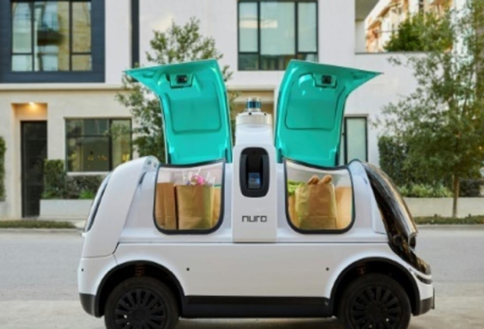