Deals in quick-commerce (startups operating dark stores for deliveries generally in less than 15 minutes) are increasingly large as India’s Swiggy raised $1.25B and US-based GoPuff raised $1B.

Dija, which had “only” raised $20M, has one of the best services (at least from my experience as a user). It has been acquired by GoPuff to become its way into the European market. Interestingly the discussion is rumoured to have dragged on the question of the speed of delivery (Dija, as other European services, delivers in less than 10 minutes while GoPuff has a 30 minutes window). Rumours are spreading about Gorillas seeking a deal initially from DoorDash and now from Delivery Hero.

In the meantime, Carrefour announced that it had taken a minority stake in Cajoo last funding ($40M), the leading French quick-commerce startup.

Beyond acquisitions, we identify two “sub-trends” in the quick-commerce ecosystem: 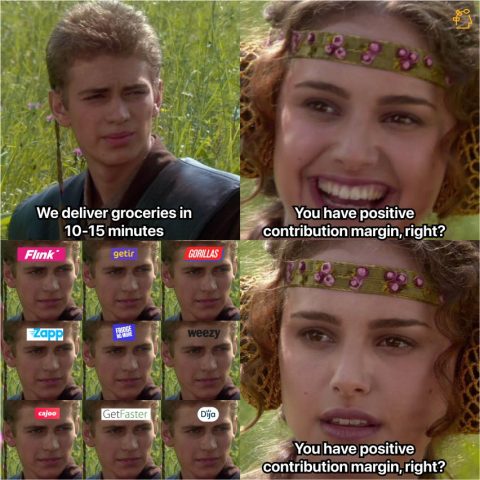 DigitalFoodLab: Dark stores can be viable if they reach a minimum of daily orders, which is higher in cities with high labour costs. At 10 or 15 players in a town, this threshold can’t be reached.

These first moves toward consolidation in this space are quick (but everything in this business is, isn’t it?). So now the question is, “with two or three players max in any given city or country, is there a viable business model?”. It certainly can if the consolidators gain enough bargaining and marketing power to reach interesting. Time will (quickly) say.