The past 12 months have been crazy, things have moved so fast in the FoodTech ecosystem that it can be somewhat overwhelming just to keep track of all of the megadeals, acquisitions and notable news. Now, in a normal week, a startup, such as Flink, raises $750M before its first birthday.

Emboldened by this new paradigm and as we get closer to the end of the year, I started to write down our predictions for 2022 (ideas and suggestions are welcome). A first step, however, was to look at what we “predicted and wished” for 2021. Let see how we fared on the 8 items:

1. 🍅   Plant-based startups will keep popping up in every direction (more fast-food chains doing deals with meat substitutes, startups working on new dairy and fish related products, more health claims and less processed products).
👍 👍 This is an obvious win as we have observed week after week a surge in the number of companies ventures in plant-based alternatives. While companies focused mostly on meat (especially on beef burgers), now we have alternatives to most foods (from chicken nuggets to honey)
👎  Recently, sales of plant-based products tumbled in the US (and in many other countries). We thought this moment would come only in 2022 when next-generation startups would start to compete seriously with less processed alternatives.

2. 💊  Boom of new startups venturing the food supplements ecosystem and also in hardware and services enabling consumers to understand and act on their food-related health.
👍 👍  This ecosystem is much quieter than others as startups raise much less money…. because they actually generate a lot of revenue and profits. It is growing fast with many new ventures working on CBD and personalised supplements.
👎  Nothing very interesting happened around consumer tech, hardware and personalisation.

4. 🚚  Dark stores and other grocery delivery ventures will keep rising all over Europe with a mix of new ventures companies and more mature restaurant delivery companies switching to groceries.
👍 👍  This may be the “story of the year” for Europe. It has become the epicentre of the grocery delivery “revolution”. While local quick-commerce players such as Gorillas, Getir and Flink attract billions, US-based giants are now coming to the old continent to compete with them.
In the meantime, “traditional” e-grocery startups (i.e. companies delivering groceries in 1 to 24h)   and are spreading the continent from Everli (Italy) to Oda (Norway).

5. ☁️  More and more investments will go into cloud kitchen companies.
👍 👎  While this is mostly true, this has mostly happened in the first quarter or semester of 2021. Now, it seems that the cloud kitchen ecosystem is facing some difficulties. Some undifferentiated players are closing while many integrated companies (managing kitchens, brands and the relationship with delivery platforms) are getting more specialised.

6. 🤖  Fully autonomous cooking robots will make their (long-awaited) debut. It will be mostly kiosks in companies cafeterias, supermarkets and some restaurants.
👍 👍  A very good year for cooking robots. First, Chowbotics and Spyce have been acquired (by DoorDash and Sweetgreen). Then, the number of companies venturing into this has been impressive, notably with kiosks such as AitMe, Cook-e, RoWok or Nommi. Robotic food kiosks are definitely something 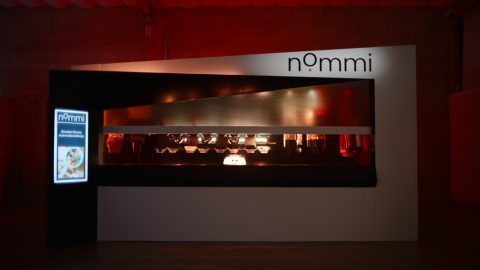 7. 🧪  We’ll keep talking about cultivated meat (cellular agriculture) and the money will keep pouring into the ecosystem.
👍 👍  Cellular agriculture, and more broadly alternative proteins have been one of the hottest topics of the year with many deals and announcements. Now, it seems that companies will have to reveal when and how they will be able to deliver.

8. 🇪🇺  The European FoodTech ecosystem will be stronger than ever.
👍 👍  We don’t have the data for the whole of 2021, but a quick look at what we predicted in September show that European FoodTech startups will raise between or 3 times more than in 2020. Now, the question is about the sustainability of this trend.

So, we were 80% correct. On the positive side, this is pretty good. However, I consider that the “target” is around 50%. Half predictions should be somehow correct, half should reveal to have been too optimistic. It shows then that as the ecosystem is (finally) taking off globally, we can and should be bolder about what we can expect from the coming 12 months.